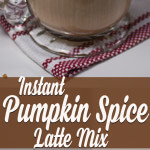 I recently read somewhere that pumpkin spice is on the way out. You know what?

I think that as long as pumpkin pie is a thing, pumpkin spice will be a thing!

This post is for a recipe I’ve been working on for quite a while now so I could get it just right, and my goodness, I think I’ve gotten it almost spot on.

I present to you my homemade instant pumpkin spice latte mix recipe! 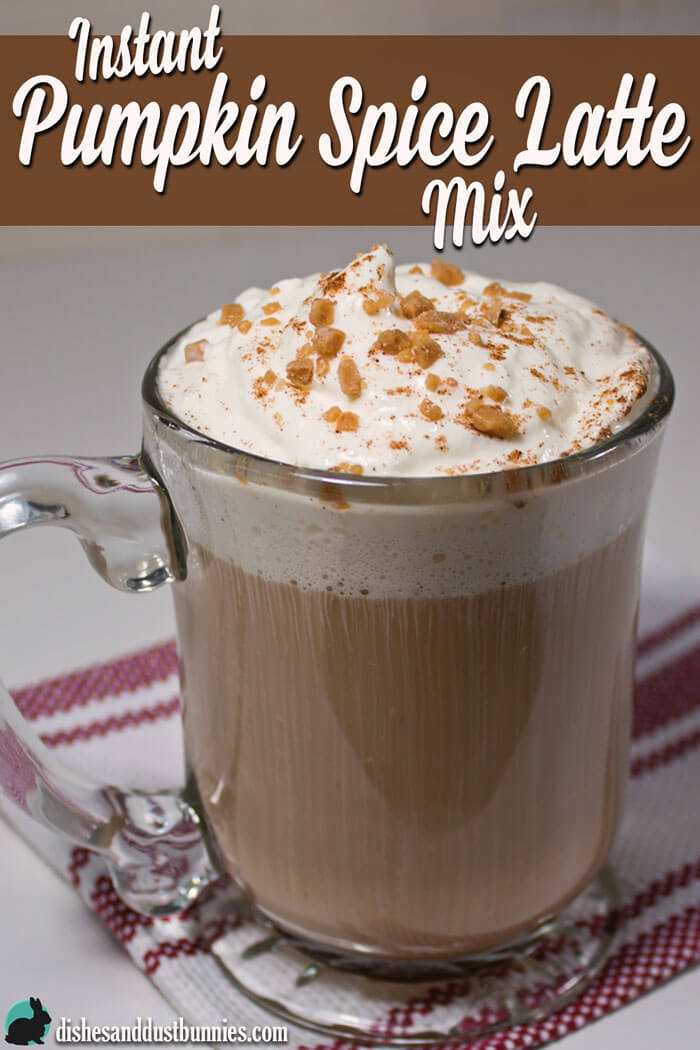 When I say I’ve been working on this recipe for a while, I really mean it. I wanted to make sure  I got my pumpkin spice latte mix exactly the way I wanted before posting it.

I started working on this recipe during the summer when I was visiting my family in New Brunswick so they could be my taste testers.  Also, partly because my sister Jill is a big fan of pumpkin spice and I didn’t want her to miss out. The recipe has changed a little bit from when I was testing during my visit and I am extremely pleased with the results.

The mix contains a combination of instant espresso powder, some powdered coffee creamer, French vanilla powdered drink mix, sugar and of course some pumpkin spice and a little bit of cinnamon. 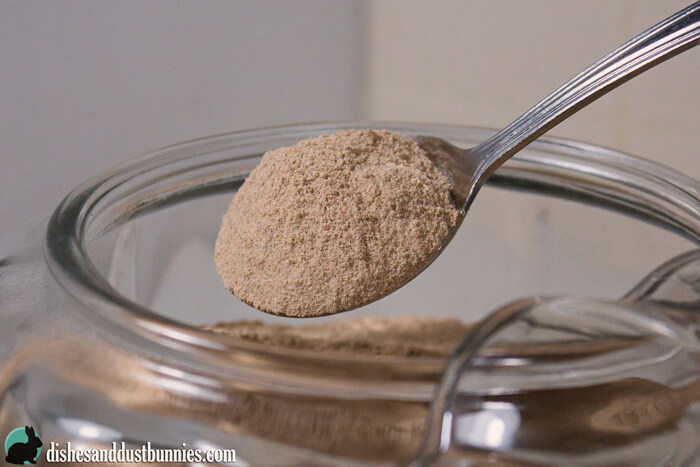 One of the reasons why this recipe took so long to develop was because I wanted to get the ratios of ingredients just right.

I wanted this to produce a beautiful velvety and creamy drink that packs a good punch of caffeine along with its warming pumpkin spice flavours – and I think I did just that! 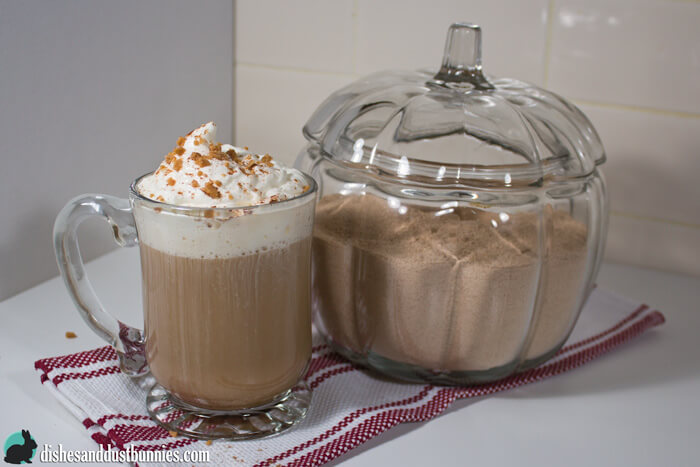 Creating this mix is super easy since all you have to do is combine the ingredients in a food processor until it’s mixed very finely.  Then store in an airtight container for when you have a pumpkin spice craving. 🙂

I should note that this recipe creates a large amount of mix – about 7 ½ cups – so feel free to half the recipe if it suits you better.

Once your pumpkin spice latte craving hits, all you have to do is add 2 heaping tbsps of the mix to a little over 1 cup of hot water and stir. 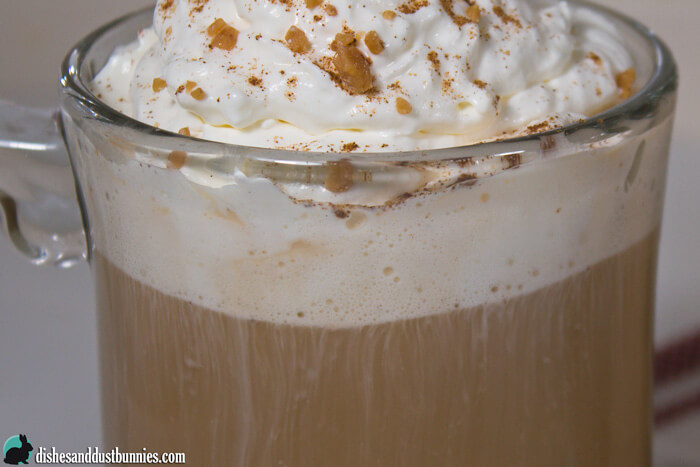 If you’re looking to make the drink something really special, you can top it with some whipped cream, a sprinkle of cinnamon and some toffee bits (like I did with my drink in the photos).

I’m SUPER excited to share this recipe with you and I hope you enjoy it as much as we do! 😀 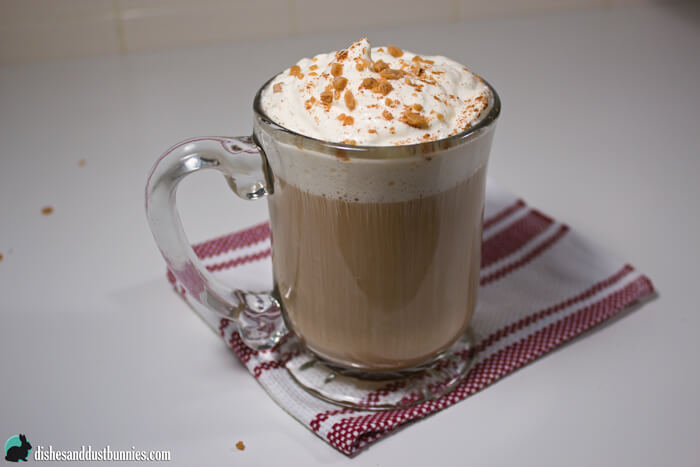 Tip: For an even richer drink, try adding half hot coffee and half hot water in your mug and combine with the powdered mix! 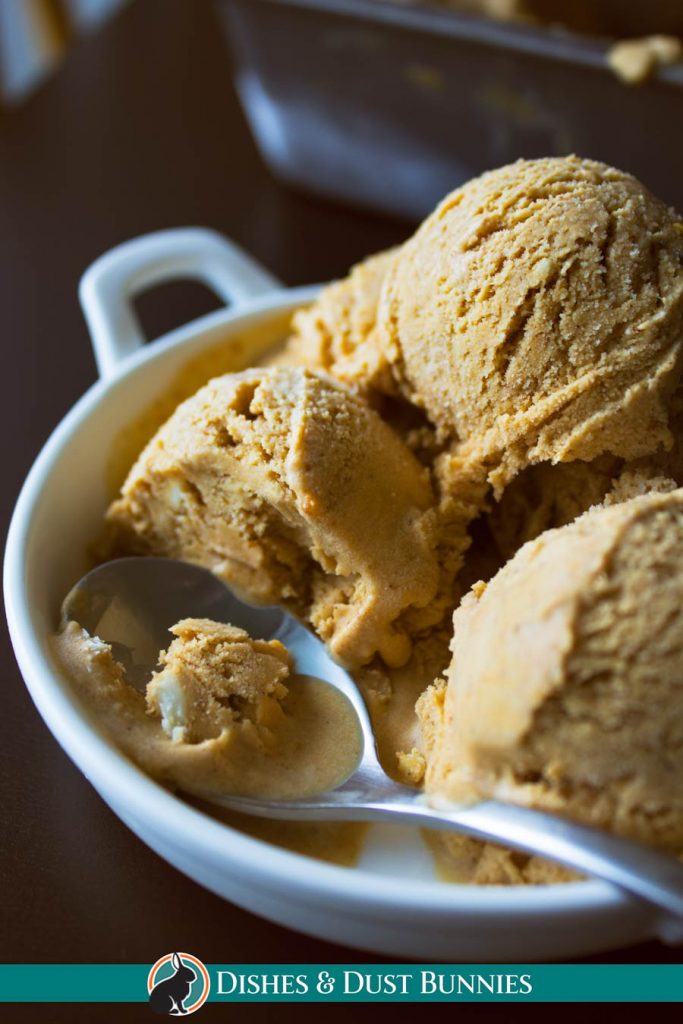 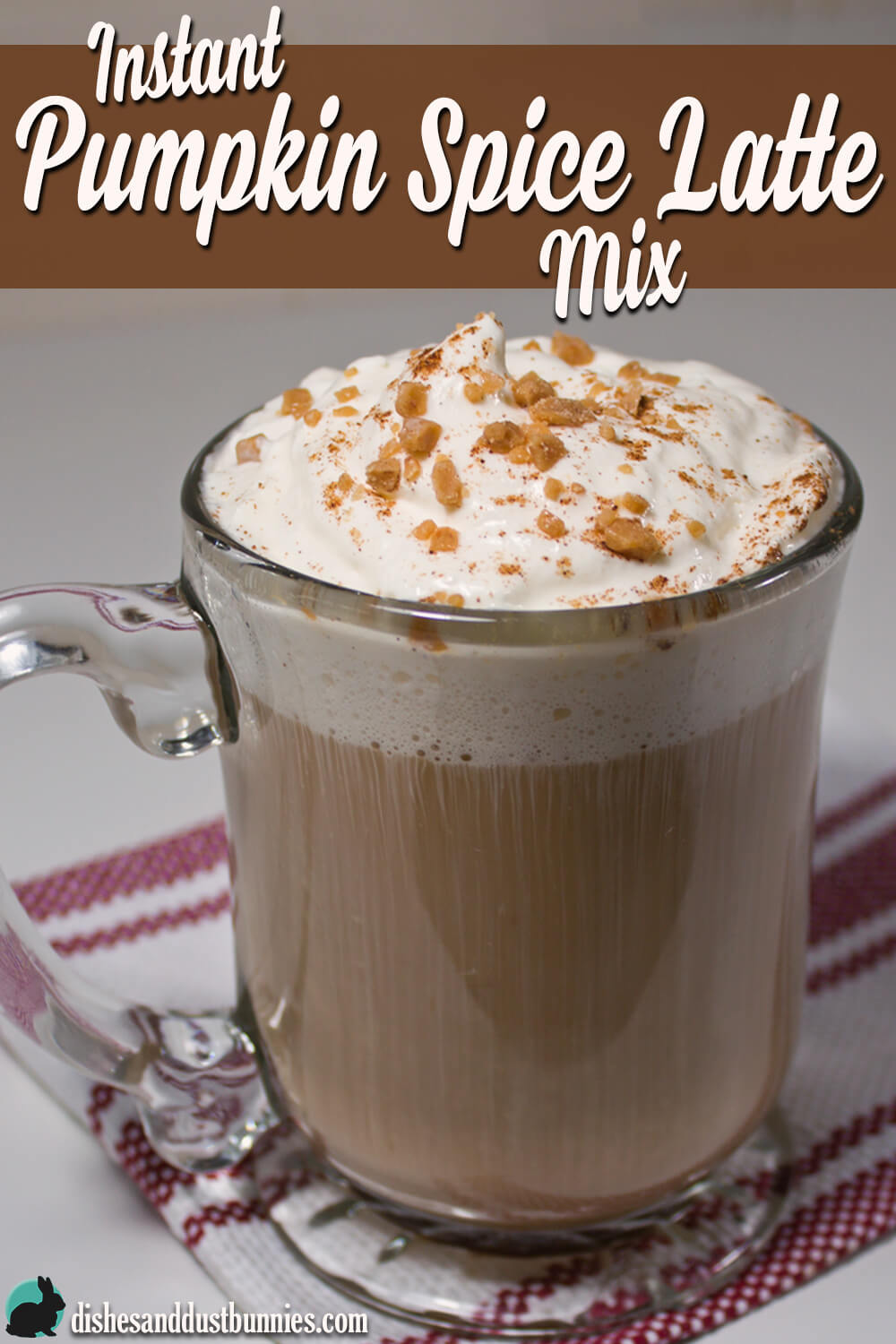