It's the first day of fall and while for most people the season brings to mind thoughts of pumpkins, falling leaves and colder temperatures I'm going nuts thinking about something else.

The season premiere of The Walking Dead is exactly 1 month from today (Oct 22!) and I'm almost going mad waiting to find out what happens to Rick and the gang. If you've been following me for a while now you might have seen me on my social accounts obsessing over what might happen next in the series. haha

Are you a fan too?

Looking back to when my sister first introduced me to the show, it's funny to think about how I actually wasn't that interested in the beginning since I thought it was going to be just “some show about zombies”.

Wrong – I was soooo wrong.

It's not “just some show about zombies” – it's an incredible and epic tale about the lives of regular people from different backgrounds and cultures who come together despite their many differences, join as family and fight for survival. At the core of the show's many winding stories and plot twists is something much deeper – and that's why I love The Walking Dead. <3

I know that many of my readers are also big fans of The Walking Dead so I thought it might be fun to put together a roundup of some amazing party foods inspired by the show. These tasty treats and recipes would be perfect to serve at a season premier viewing party or for a Halloween get together! 😀

Hurry, grab whatever supplies you can find on your way to the kitchen as you dodge the many walkers in your path! 😉

Before we jump right into these wickedly awesome Walking Dead themed recipes, I wanted to also give you a few super easy party food ideas inspired by the show that don't even need a recipe!

Now, let's get into those awesome Walking Dead inspired recipes!

I hope you enjoy this post and find some inspiration for your next Zombie or Walking Dead themed party! 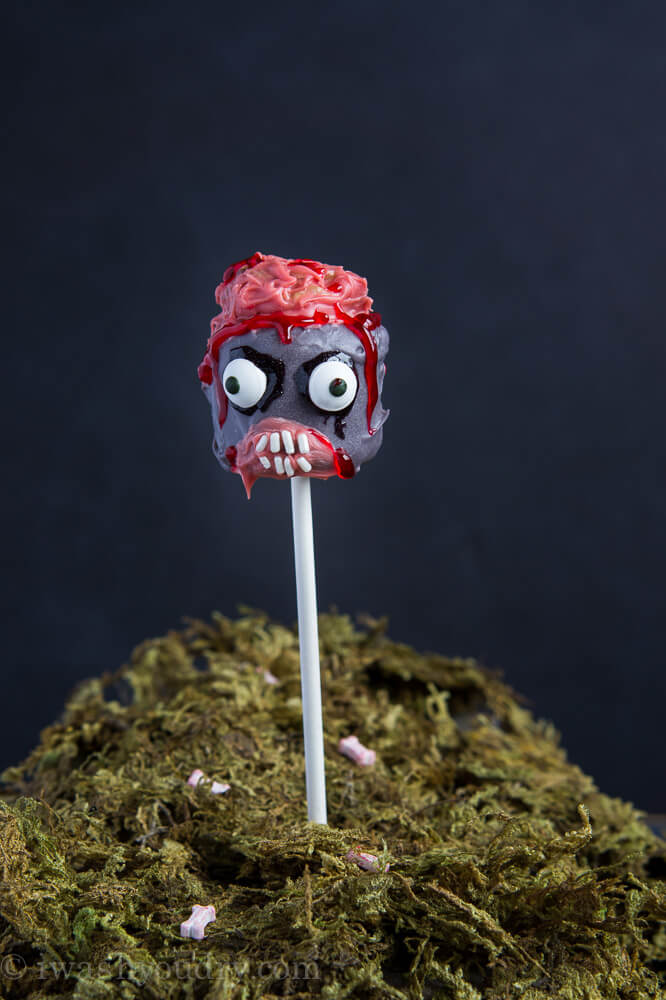 The Walking Dead Zombie Marshmallow Pops from I Wash You Dry 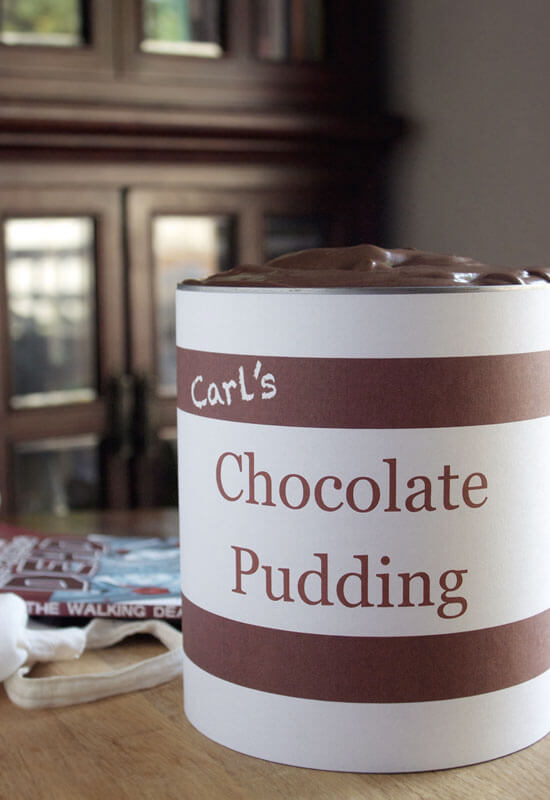 Carl’s Chocolate Pudding from Try Anything Once Culinary 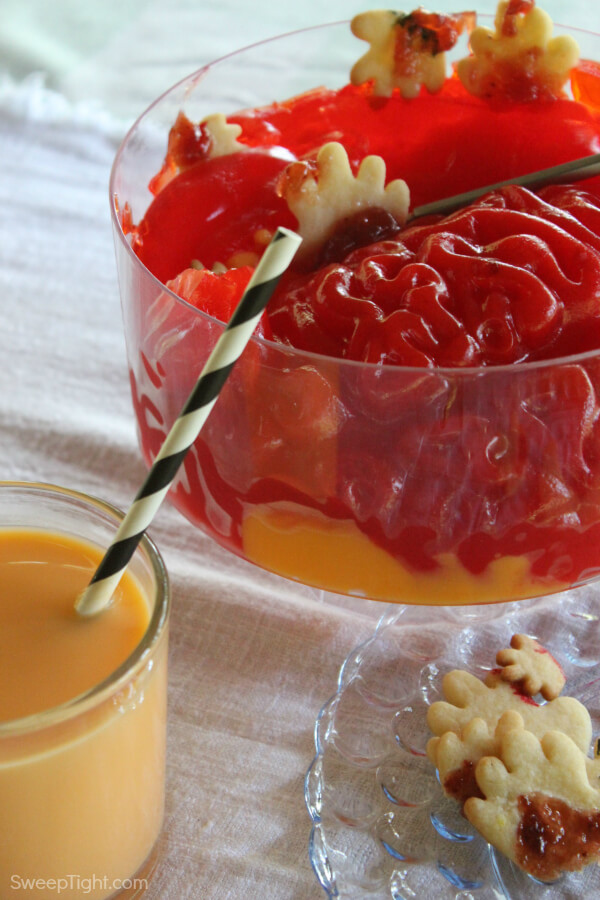 Pudding Brains from A Magical Mess 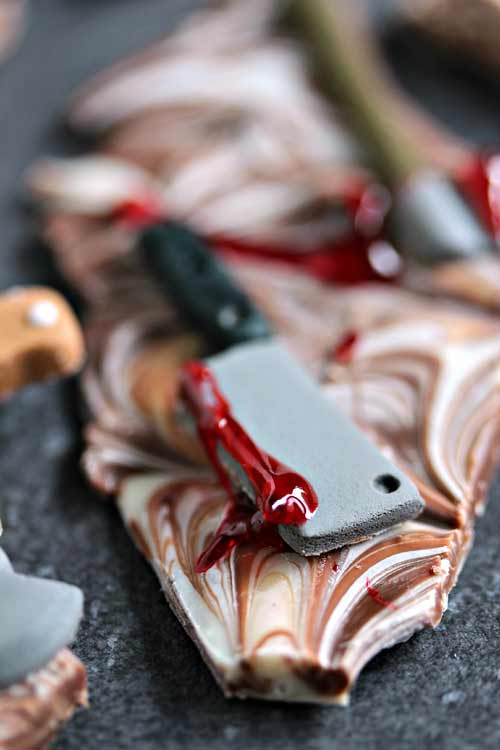 “Always Be Prepared for the Zombie Apocalypse” Chocolate Weapons Bark for Dead Eats: Recipes Inspired by The Walking Dead – 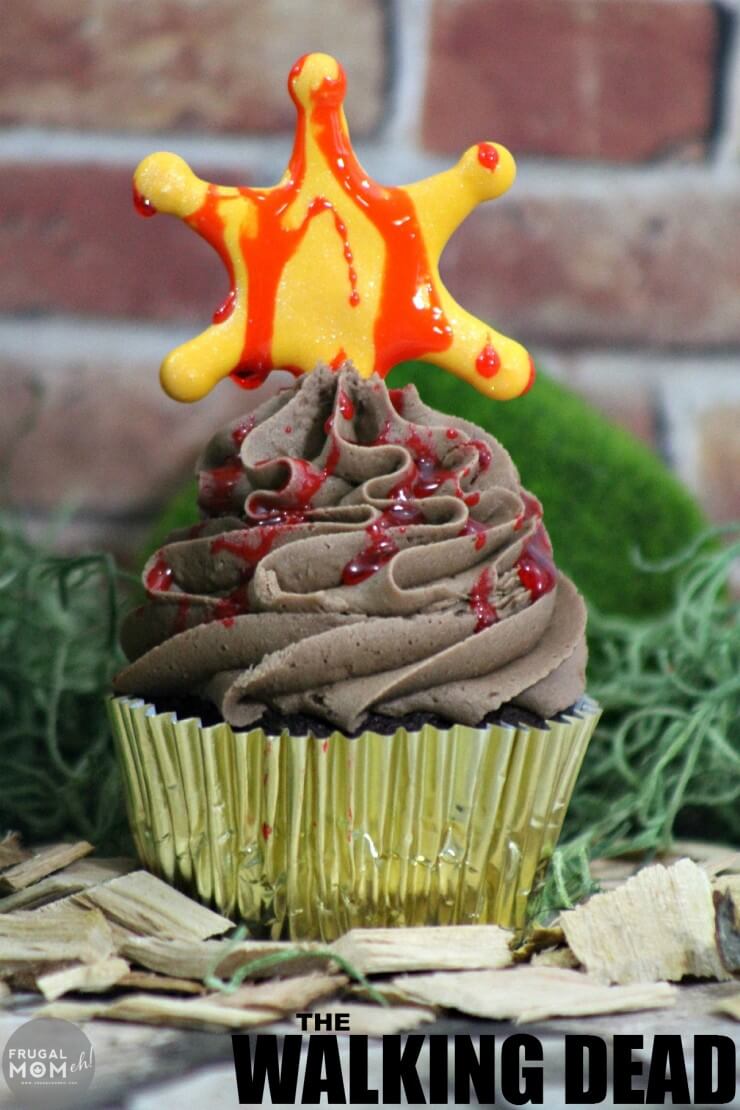 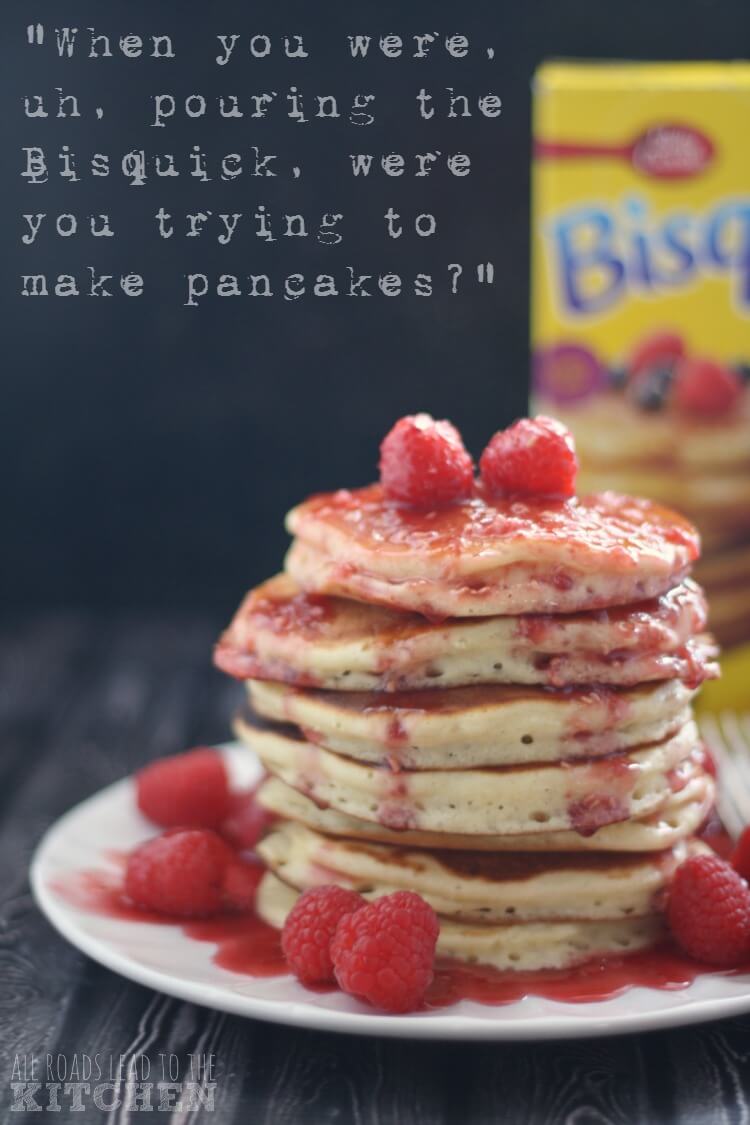 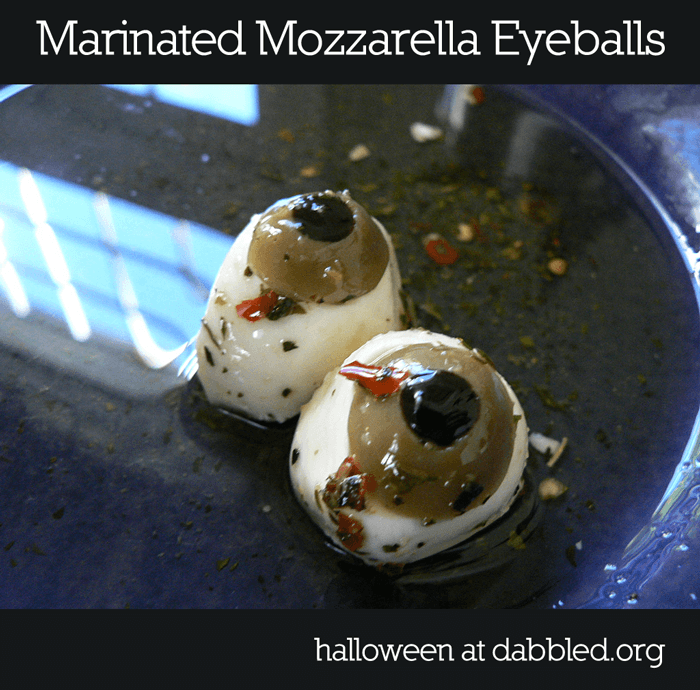 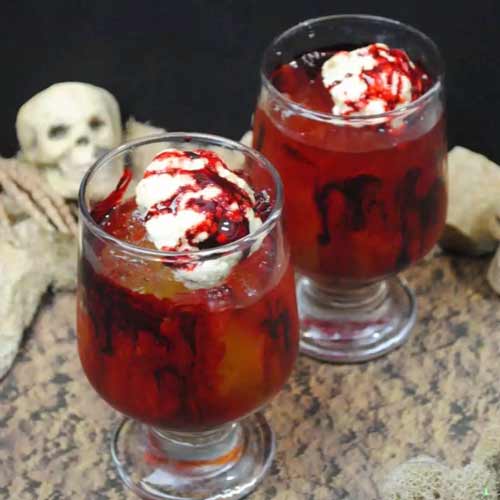 Cocktail: The Negan (The Walking Dead Inspired Drink) – from Life She Has 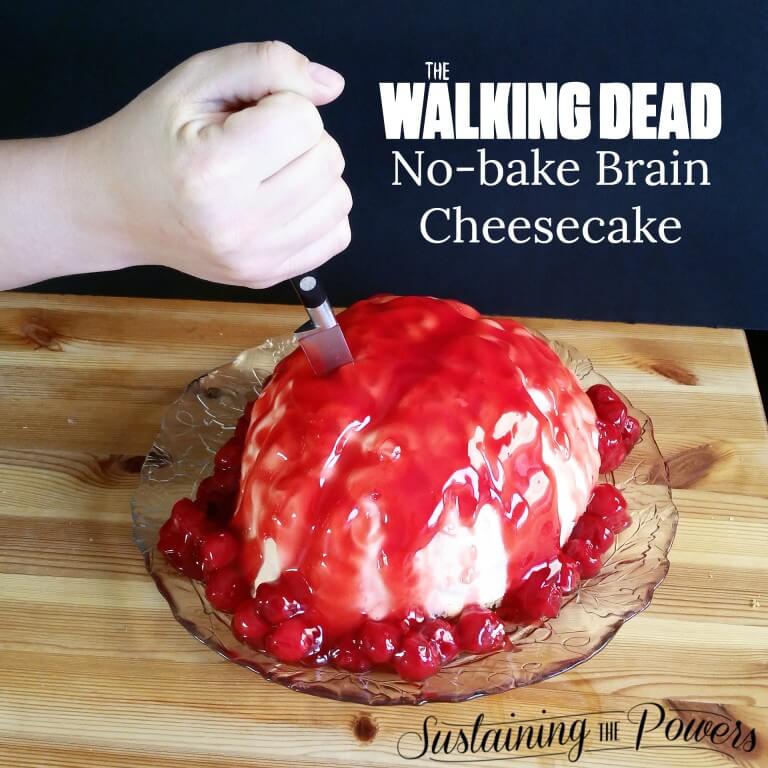 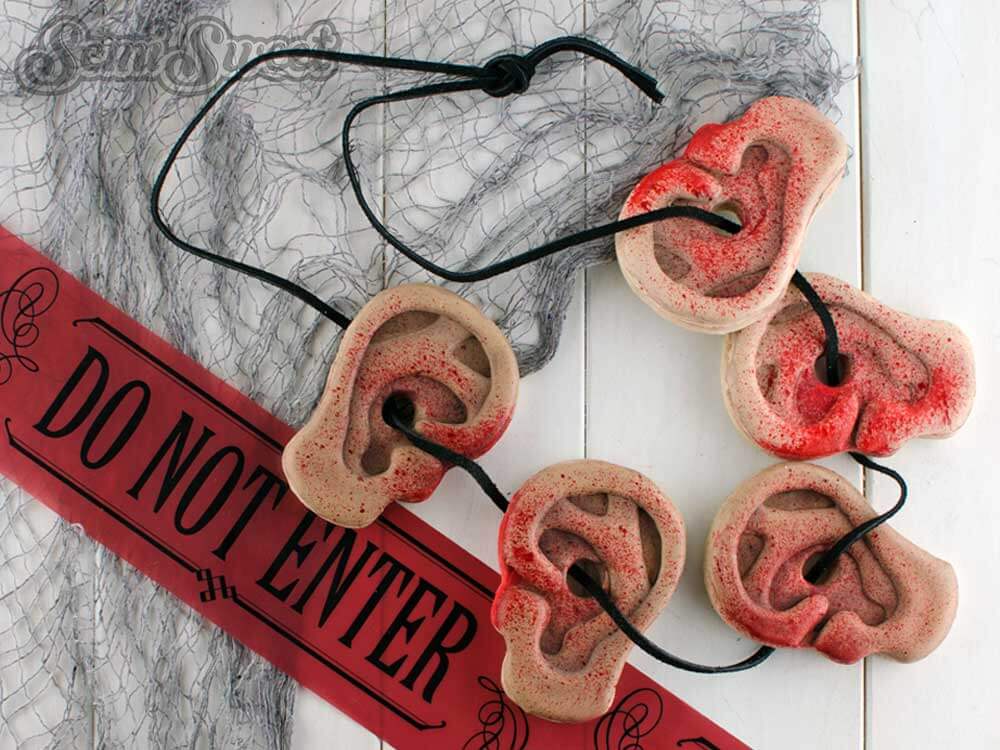 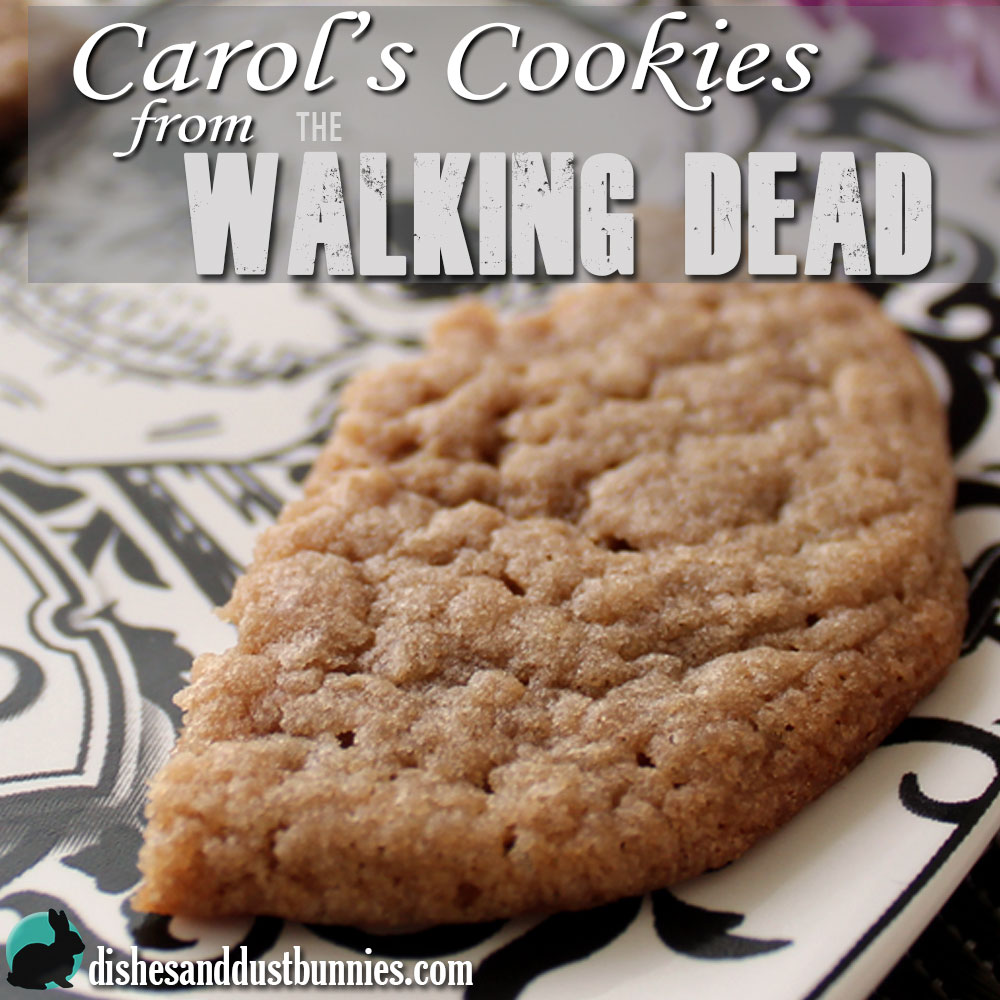 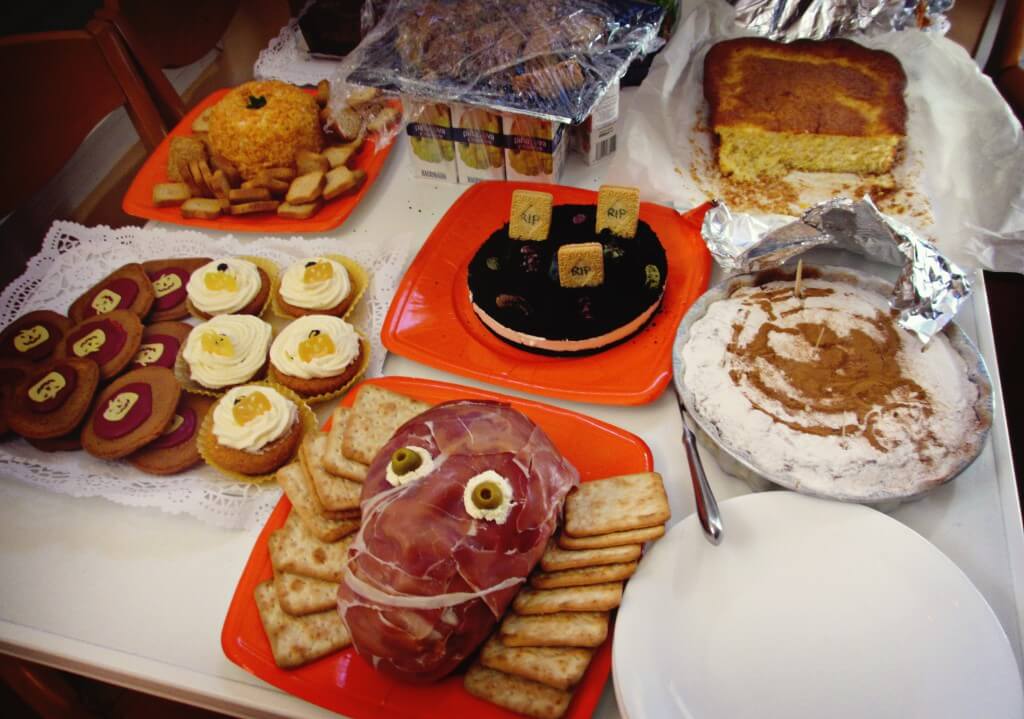 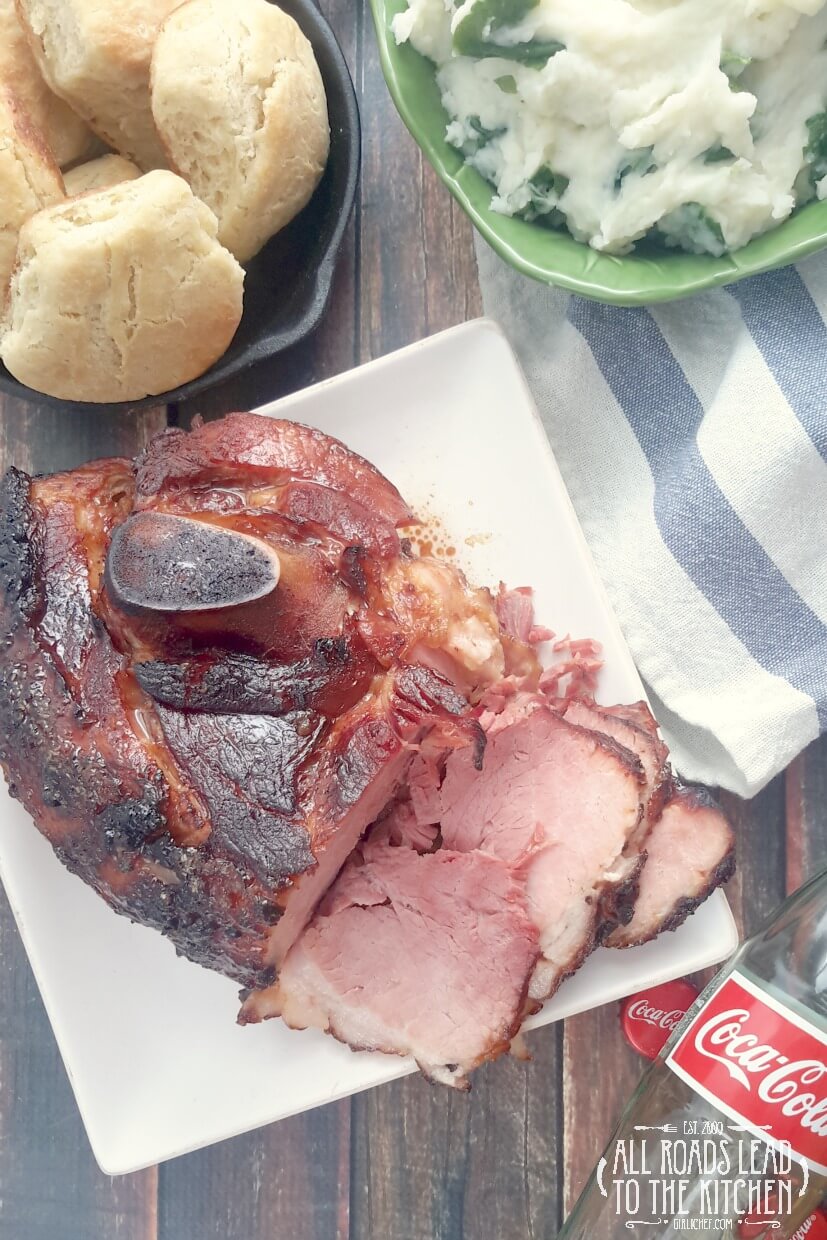 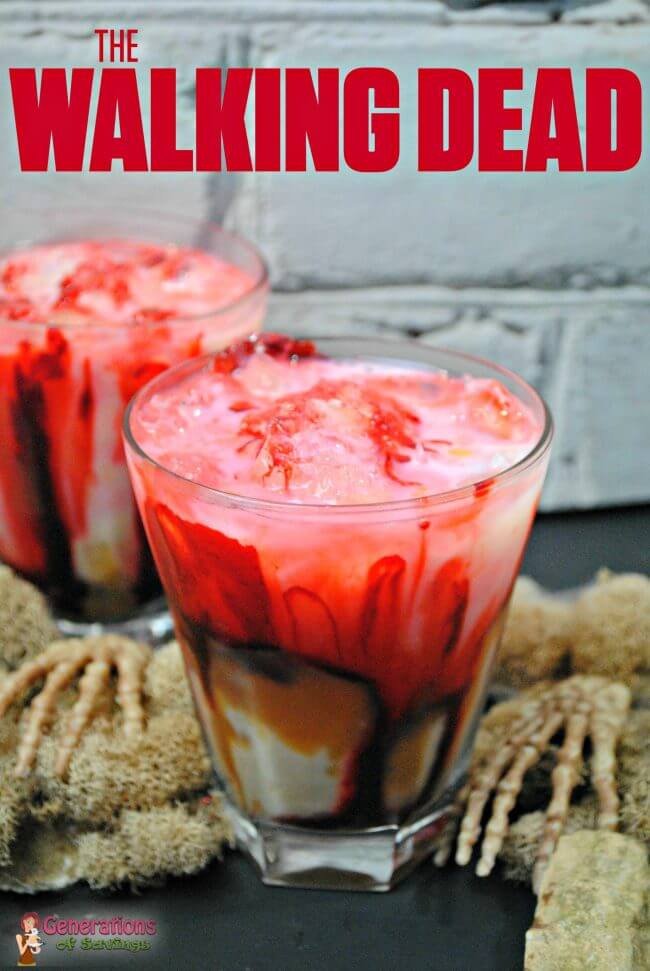 The Walking Dead Inspired Zombie Cocktail from Generations of Savings