My son is only 18 months old and I'm sure he could beat me in one of those cage match wrestling competitions – you know the ones I'm talking about?  Donnie has been practicing his “wrestling moves” since about 6 months old and he has only increased in strength.  I'm sure many babies and toddlers throw tantrums during diaper changes but I swear sometimes it feels like I'm the only one who deals with it at this level. 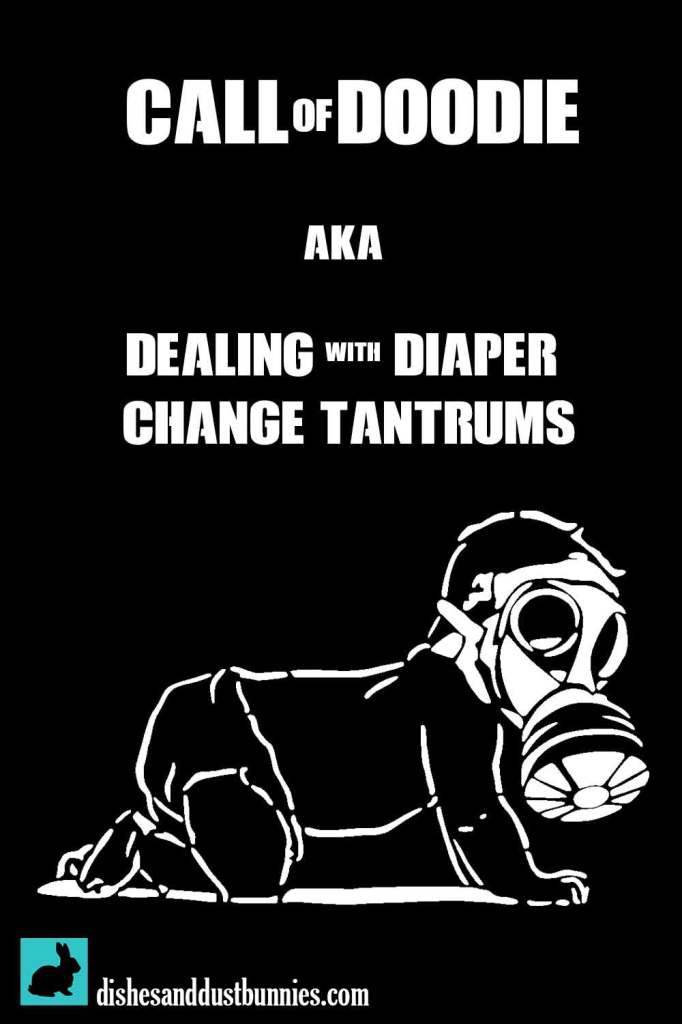 He seems to have it all strategized before he even gets to the change table.  I'm sure he's had it all planned out how he's going to maneuver by twisting and turning in just the right way so that poopy diapers and diaper cream end up on every surface of his room, on me and somehow on the light fixture.

That boy is not just a wrestler – he's a little actor who deserves some kind of Oscar for his heart wrenching performance of screaming dramatically enough to cause the neighbors to be concerned.  If you ever overheard him during a diaper change you would swear he was traumatised by the cute little characters on his diapers.

Sometimes these wrestling matches can last 15 minutes or so and once I finally win the diaper battle everything returns to the way it was before (except for the mess).  He smiles, sings, giggles and acts sweetly as if nothing had just happened.

This has been happening at almost every single diaper change and practically the only time diaper wars are at a cease fire is when it's just before bed and he doesn't have the energy.

I've turned to the internet for advice and always receive similar tidbits of info:

I have done all of the above.  These are fine ideas for dealing with tantrums on the change table but honestly none were very effective in our house.

After months and months of dealing with these tantrums I think I may have finally found a solution:

Don't worry about it.

Yes, that's right.  I said, don't worry about it.  These tantrums aren't going to last forever and he's not going to be in diapers forever either.

I’m not saying I’m giving up and just letting the battles continue.  I’m saying that the less I’ve worried about it the sooner it seems that he’s growing out of these tantrums – these ones specifically though.  The diaper battles have decreased in intensity these past few months and I’m looking at the tantrums a little differently now – not as a nuisance but just a sign that my son is on track with his development.  He’s just showing his desire for independence and control over the situation.

Have you had to deal with diaper change tantrums?  Is there something you’ve tried in reducing tantrums that has worked for you?  Please leave a comment below and let me know what works for you. 🙂