My vacation in New Brunswick went by much too quickly.  It seems like I had only just arrived and then had to pack up everything and head back to Toronto.  It was great to see family and I was so pleased with how well Donnie responded to being some place he wasn't familiar with – he wasn't shy at all.  Donnie had a great time, especially with his Aunt Jillian who he spent lots of time playing and cuddling with. 🙂 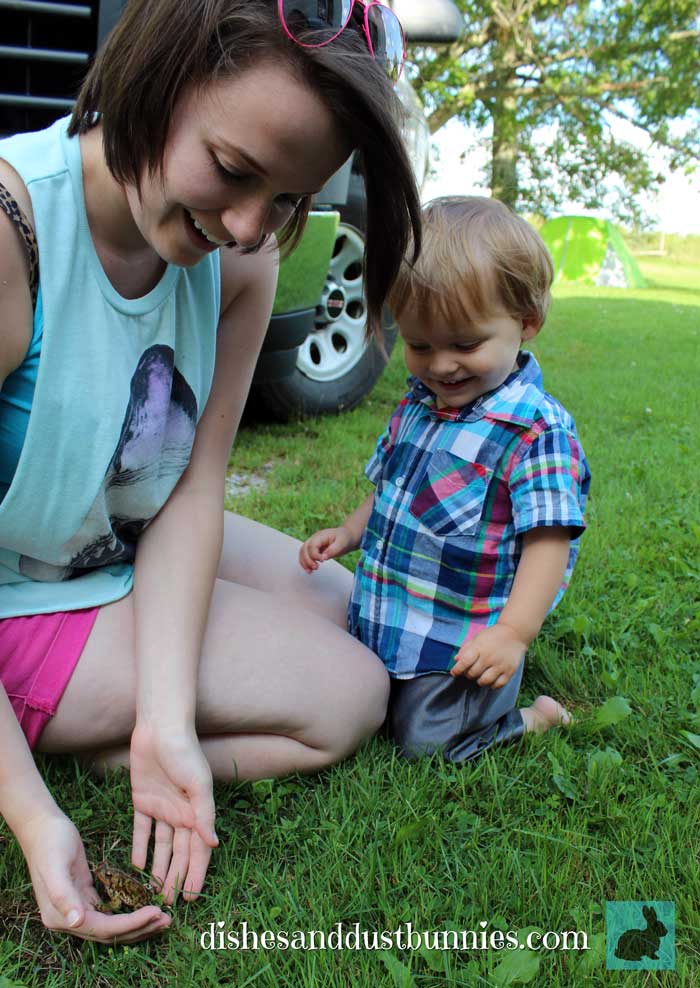 My dad stopped by one day to have a BBQ with us and while cooking Jillian and Donnie found a little frog hopping around in the grass. I don't think I've ever heard so much hysterical laughter before until Donnie saw that frog leap out of his Aunt's hands.  This was the first time he had ever seen a real frog up close and he had a blast.

Like I mentioned in one of my previous posts I didn't really do any of the typical touristy things and just wanted to relax and enjoy my time with family – it was great!  Since returning to Toronto, Donnie noticeably misses everyone and asks for great Grammie and his “AunJ” (Aunt Jill).  It's taken a day or two to get back into the old routine but he's doing well.  On a side note relating to routines – I can't believe he slept through the night every night while in NB!

Donnie really enjoyed Grampa's truck and was ready to go for a “drive” as soon as possible. lol 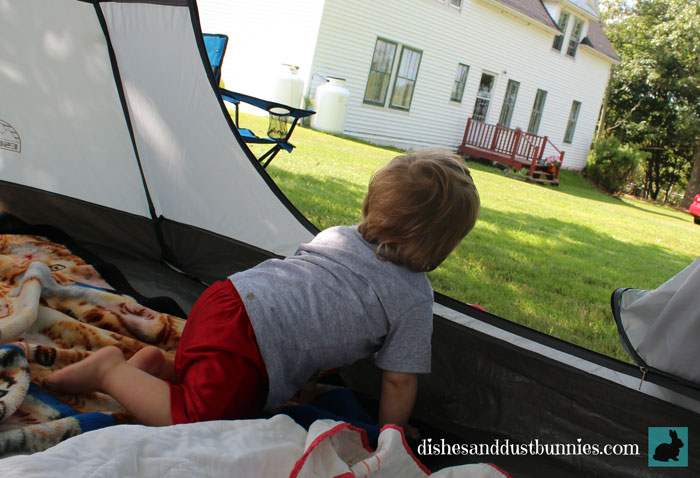 The plane ride back to Toronto was interesting to say the least – when compared with the previous trip.  I didn't use the busy bag this time!  Later this week I plan on writing a separate post about that adventure.